September 24, 2011
Love it or hate it, social media is here to stay, at least for the foreseeable although I'm sure at some point in the future it will morph into something else which takes up even more of our time.

I love social media. If it exists then I'm on it. Twitter, Facebook, Google Plus, Flickr, Tumblr, Bloggers...need I go on?? Through social media I have met some fantastic new people, had the most profound conversations, made new business contacts, found some of the most interesting content on the web, kept up with the goings on of friends and family and heard breaking news before it even reaches the main sites.

The thing with social media though, is that it keeps changing. That's not a complaint. I understand things have to change to keep up with demand. People want more and more and, in order to provide the level of service that the public expect, social media sites needs to keep moving. A perfect example is the recent changes to Facebook. In order to stay on top of their game, Facebook has had to make some radical changes. If they don't do this they risk being left behind. The problem is that people don't like change and find it difficult to accept. Humans are creatures of habit and even small changes can send them running for cover.

Over the last few days I have seen numerous tweets and posts and shares from people (myself included) all saying how much they hate Facebook now and how they're going to leave it or close their accounts or head over to the newly formed Google Plus.  That's all very well but how long is it before Google Plus starts to change too? Until the middle of last week you could only get on to G+ by invitation. I liked this. There was a limit to the number of people, albeit thousands, on the site but it felt like being part of an exclusive group. Last week Google Plus was opened up to everyone and already I'm seeing a few disgruntled comments from people who liked being part of the original exclusive group. They somehow feel that Google Plus belonged to them; that they were there first and I can understand that but that's the thing about social media - it keeps changing. Twitter keeps adding small changes to the way the site runs but people accept it. The difference is that the changes are small and therefore barely noticeable. Facebook have chosen to take the all or nothing route of making sweeping changes across the board and to heck with what people think. The thing is, with over 750 million users they can afford to lose a few, but the guys at Facebook are not stupid. They know that people won't move. They know that individuals and businesses have invested a lot of time and effort in establishing their Facebook profiles and pages. Mark Zuckerberg hasn't become the 14th richest American (at 27) through being stupid.

Which brings me to my next and (I promise) my last point in this rant. 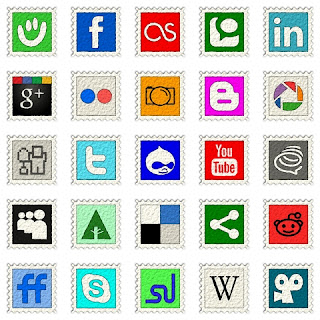 Everyone is going on about their privacy being compromised on Facebook and the fact that everyone will know everything about anyone who has a Facebook account. Do you want the bad news? They already know it. They know who your friends are. They know who your spouse/ partner is, who your best friends are, what TV shows, movies and music you like, family connections to other Facebook users, what you like to talk about, what you do on a Friday and Saturday night, whether you have pets, what you like to eat... They already know it all. What people are forgetting is that the minute you sign up to anything on the internet, your privacy is compromised. This is compounded by the fact that everything can be linked now. Facebook, Twitter, G+, Tumblr, Flickr, Fashiolista, news channels, email accounts etc. and anyone who thinks this is not the case is being very naive. The only way to keep your business private is to not sign on to the internet in the first place - EVER!! Facebook itself has no intrinsic value. They make their money through advertising and those adverts are geared towards people through the information they give away about themselves. This is on a similar vein to loyalty cards from big supermarkets. They're not doing it because they like you - they do it because it makes them more money. That's what business is all about.


All of our social media sites are FREE. They provide us with a great service and hours of entertainment - FOR NOTHING. If they don't make the necessary changes in order to stay profitable then they may have to start charging for the use of their sites and how many of you would want to pay for that?
Facebook isn't my favourite social media site. I don't use it that often but I do understand that for the people who own it, run it and work at it, it's a business and if that means making changes that people don't always agree with then so be it and if they lose a few people along the way - c'est la vie. I can guarantee though, in two or three months' time most of you won't even remember the 'old' Facebook.
And so, to end my 'rant' here is a little bit of light relief. http://www.stumbleupon.com/su/2IABxg/www.collegehumor.com/video/6611967/not-google-plus
Please feel free to post your thoughts on this in the comments section.
Until the next time,
Denise x

WellPlannedLife said…
I hate the changes Facebook has made. I have also heard a lot of people saying that they are going to leave it, but I highly doubt that any of them will. I have said it myself. And while I might not leave it, I will probably use it less. I don't mind changes, but when it becomes so complicated, what's the point? When I first thought about leaving it, I was in between - after all, I had reconnected with people I hadn't seen or talked to in years. But the reality is that even through Facebook, I still only really communicate with the people I see most often anyway.

My cousin had posted something so true: When you use something for free, you are not the consumer, but the product (or something to that effect), and it's so true. Who does Facebook work for? Not us, not really. They work for the advertisers and the companies who pay, and we are just the pawns in that advertising game.

I find it interesting that people complain about things that are free. I've done it too. But the reality is that it's FREE and it is what it is. If we don't like it, we don't have to use it.
27 September 2011 at 16:03

Denise said…
Hi Kanalt. Everything you say is absolutely right. I was really annoyed with it all at first until I began to think it through.

Many of the people I talk to on Facebook will never leave and therefore I can leave and have no communication with them or I just have to stick with it and I'm sure that's what FB is depending on. Also what your cousin says is so right - they provide a free service and because of that the users don't have much (any) say in how it's run.

I do think though that all this will blow over and eventually everyone will forget about it - until the next wave of changes of course ;-)
27 September 2011 at 22:05